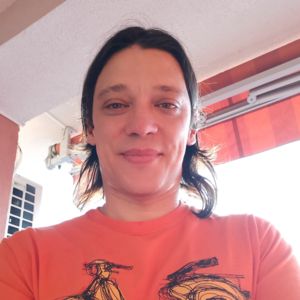 Born in Belgrade in the year 1981. He studied at First Kragujevac Gymnasium and graduated from the School of Electrical Engineering, Department of Electronics. Currently, he works at Microsoft Development Center Serbia in Belgrade as the leader of a team that focuses on hardware prototyping, machine learning, and computer vision. Father of two little boys, occasional parachutist, and a diver. Associate at PFE since 2005. 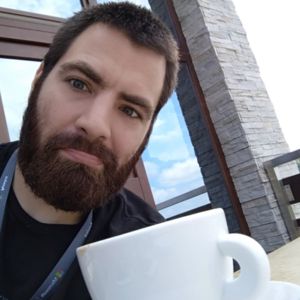 Engineer, ex-mathematician. Graduated from ETF while Oktobar 2 still existed. Enjoys working with people smarter than himself. He was present in the room when PSIML was being discussed for the first time. Occasionally helps the country cope with modern and upcoming technologies. Member of PFE from 2001 (until death). He used to lead teams in a corporation, now he startups and types code.

Danda Paudel is a Computer Vision Researcher, who seeks to understand what it means to see from the algorithmic point of view. In particular, his interests include the perception of 3D scenes and humans, in the form of both reconstruction and understanding, using only the visual data. In recent years, Danda has been working on various visual perception topics, including; 3D reconstruction, camera localization, human emotion understanding, knowledge transfer across visual domains, 3D objects and scene understanding. Danda enjoys exploiting the static and dynamic 3D scene priors for learning visual features and their abstractions, in self- and semi-supervised fashions. 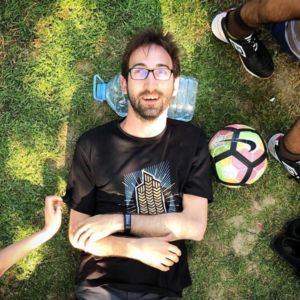 Spent my childhood tinkering, assembling tree houses, and attempting to construct a car and a submarine. Got acquainted with the world of electronics and programming at PFE seminars. Working with pleasure on this team project for the last ten years and counting. Besides that, I attempted to run a business, design some robots - it didn't go as planned but a lot has been learned in the process, so I decided to start my career as a bioinformatician, and then to develop machine learning models at Microsoft in Belgrade. In addition, I love spending summertime in the mountains, paragliding, diving, skiing, jumping from a plane, photography, and everything that has to do with various adventures. Before everything became so much fun, I was born in 1991 in Valjevo. 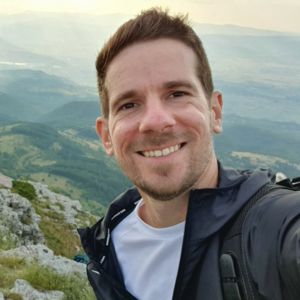 Born in 1989, he grew up in Vračevgaj. As a student of the gymnasium in Vršac, he won a bronze medal at the International Physics Olympiad. He has twice been named International Young Physics Ambassador. He graduated from the School of Electrical Engineering in Belgrade as an engineer of electrical engineering and computer science. He spent a year at the University of New Hampshire (USA). From 2003-2021, at the Petnica Science Center, he participated in the programs of Applied Physics and Electronics (PFE), Mathematical and Technical Sciences (TEH), and the Institute for Machine Learning (PSI: ML), where he was also the head. As a software engineer, he has been with Microsoft since 2012. 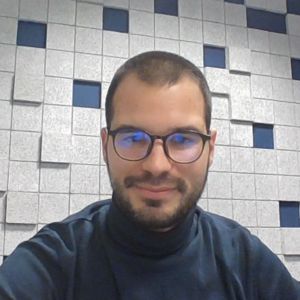 Luka currently works as a Program Manager in the Microsoft Mixed Reality & AI division. Previously worked as a ML Research Engineer as well as a PM and Strategy consultant. Got his undergraduate and masters degrees from the Cambridge University Engineering Department, where he focused on Machine Learning and BIomedical Engineering. Likes bullseye shooting and learning foreign languages. 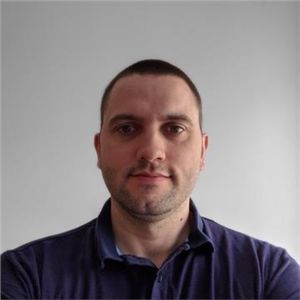 Born in Pančevo in the year 1988. He graduated from Nikola Tesla Electrical Engineering School in Pančevo, then completed undergraduate studies at ETF, Department of Electronics, and master studies at Signals and Systems Department. He has been working at the Microsoft Development Center since 2012, as a member of a hardware prototyping team in the field of Mixed Reality. He led the program Applied Physics and Electronics in Petnica in the period 2012-2016. He likes to share knowledge and ask difficult questions. 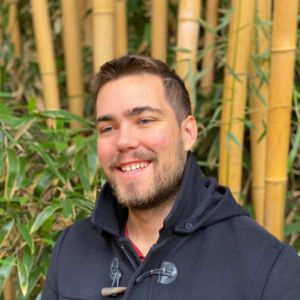 Born in Priština in 1993. He graduated from the Ninth Gymnasium in Belgrade, and then undergraduate and master studies at the School of Electrical Engineering in Belgrade, Signals and Systems Department. He began his professional career in the startup company Ydrive, where he dealt with autonomous driving, then he worked in TomTom, from where he moved to Microsoft Development Center in Belgrade. His work primarily focuses on machine learning. He led the program Applied Physics and Electronics in Petnica in the period 2016-2020. 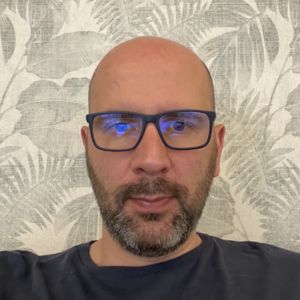 Faculty of Mathematics, University of Belgrade

Mladen Nikolić is a professor of Machine learning and Artificial Intelligence at the Faculty of Mathematics, University of Belgrade and a research scientist at Everseen. He leads a machine learning group at the faculty. His research topics include graph-based learning, algorithmic fairness, reinforcement learning, modeling of environmental data, automated reasoning, and computational anthropology. His research has been published at leading machine learning conferences like NeurIPS and ICML and journals like Neural Networks and Neurocomputing. He participated in numerous research projects funded by DARPA, Swiss National Science Foundation, European Research Council, and others. In his spare time, he is interested in anthropology, archaeology, history, and literature. 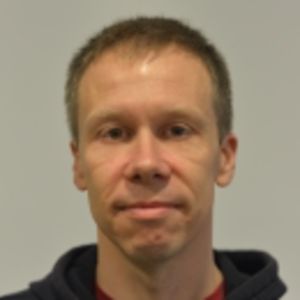 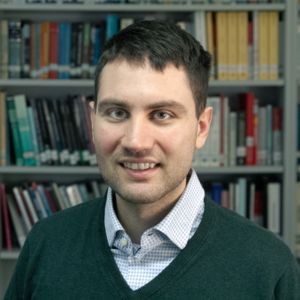 Nikola Popović obtained his MSc degree at the School of Electrical Engineering in Belgrade, under the supervision of Prof. Predrag Tadić. Currently he is a PhD student at the Computer Vision Laboratory at ETH Zurich in Switzerland, under the supervision of Prof. Luc Van Gool. Nikola holds interest in various aspects of scene understanding, mixed reality applications, image generation, and as of late in multi-view 3D vision. In order to solve these problems, he designs deep learning architectures based on convolutional neural networks and vision transformers. 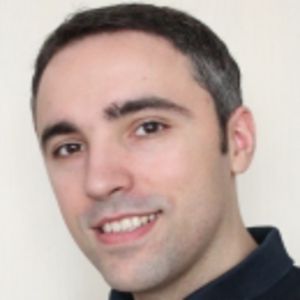 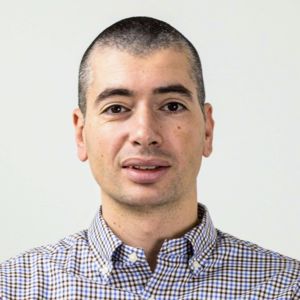 Predrag teaches courses in Artificial Intelligence and Machine Learning at the School of Electrical Engineering (University of Belgrade) and is a research scientist at Everseen. He graduated in the field of robust control, did his magister studies on speech processing and his Ph.D. on Monte Carlo inference methods for detecting changes in probabilistic models. After graduating, he worked on projects related to automatic control, fault diagnosis, simulators, autopilots and inertial navigation systems for guided missiles and autonomous helicopters. In recent years, his focus has shifted towards Artificial Intelligence and Machine Learning, with several ongoing projects related to applications in medicine and retail. 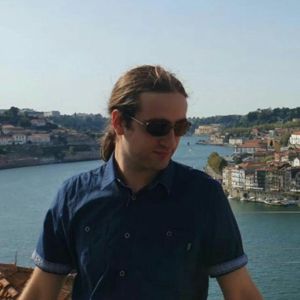 AI research scientist and ML engineer. He was born in Ivanjica in 1993. He obtained his BSc degree at the School of Electrical Engineering in Belgrade at the Signals and Systems department, and his MSc (Tech) degree at Aalto University in Helsinki (Finland) majoring in Machine Learning and Data Mining. He started his professional career as a researcher at the University of Helsinki on a project of the Finnish Academy. Later on, he transitions into industry at Everseen Ltd. in Belgrade, where he still works as a senior research scientist and a team leader, dealing with ML and computer vision applications in the retail industry. In his spare time, he likes to study neuroscience and the connections between the real and artificial brains; he sculpts miniatures and jewelry; he performs and composes music; he plays and makes games. He has been participating in PSIML organisation with pleasure since 2020. 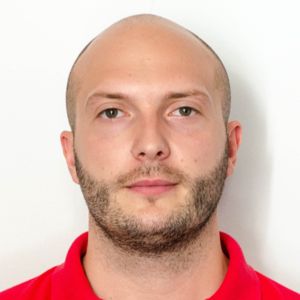 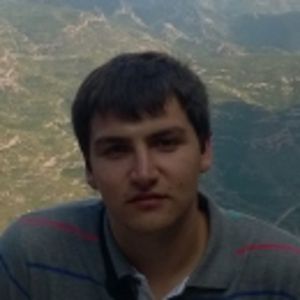